Bridge Burning And Other Hobbies

Hot
Bridge Burning And Other Hobbies
Based on 0 reviews. - Write a review
$19.99
(Incl. GST)
Ex. GST $18.17
Add to Cart
Buy Now Ask Question
Add to Wish List
One of Australia's favourite and most multi-talented entertainers, Kitty Flanagan, provides hilarious and honest life advice in this candid collection of cautionary tales.Before Kitty Flanagan was making rules, she was burning bridges ...Kitty has been locked in a freezer in Western Australia, insulted about the size of her lady parts in Singapore and borne witness to the world's most successful wife swap in suburban Sydney. It's these valuable lessons from The University of Life that have taught her so many things, including the fact that cliches like 'The University of Life' are reeeally annoying.In these funny, true stories, Kitty provides advice you didn't even know you needed. Tips on how not to get murdered while hitch-hiking, how to break up with someone the wrong way, and the right way, why it's important to keep your top on while waitressing, and why women between the ages of thirty-seven and forty-two should be banned from internet dating.Bridge Burning and Other Hobbies is a collection of laugh-out-loud, cautionary tales from one of Australia's favourite comedians.What people are (Kitty Flanagan is) saying about this book:'Finally, a book that doesn't tell you to stop eating sugar.''I wrote a letter to my younger self and told her to buy this book.'About the AuthorKitty Flanagan is one of Australia's best known comedians. Before that she was one of Australia's least known waitresses at the Pizza Hut.Kitty is a writer and performer and can be seen as herself on The Weekly with Charlie Pickering and not as herself in the Working Dog series Utopia. Previously she appeared in her own segment on The Project every Tuesday night. She also shows up regularly on the comedy news quiz programme, Have You Been Paying Attention.Her favourite food is soup, closely followed by fried potatoes of any kind. She lives in Sydney with her dog Henry, her cat Sarge and a lovely Magnolia tree called Mary. Kitty hopes to one day develop some skills, get an education and find a real job.
Quickview 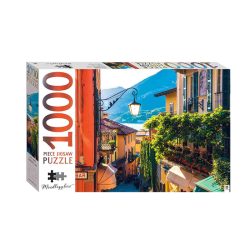 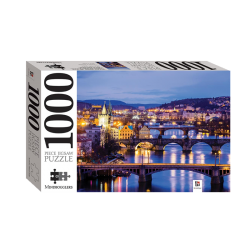 Colour Quest
Go on a Color Quest unlike any other! Unearth hidden gems in this color-by-number book, including a mighty lion camouflaged beneath dots, a ..
$12.99
Ex. GST$11.81
Add to Cart
Add to Wish List
Buy Now Ask Question
Quickview

Colouring For Grown Ups
Bring the book to life with one of our great colouring pencil or pen sets for adults and kids Product DescriptionExplore your natural creativity ..
$7.99
Ex. GST$7.26
Add to Cart
Add to Wish List
Buy Now Ask Question
Quickview